All of the new iOS devices have been released this year, and five of the top ten in the performance list are iPad Pro devices. Both the iPhone and iPad Pro devices have received mixed reviews from the market. The only thing that impressed people was the controversial Dynamic Island. The mixed reviews also show that people have high expectations for Apple products and expect their new products to lead the industry, rather than just the usual performance upgrades.

It should be noted that figures in this ranking list were calculated from October 1 to October 31, 2022. The results in the ranking list are average scores instead of the highest scores, and thus more representative. The scores in the list are mainly based on AnTuTu V9 and cannot be compared with the results of the previous versions. 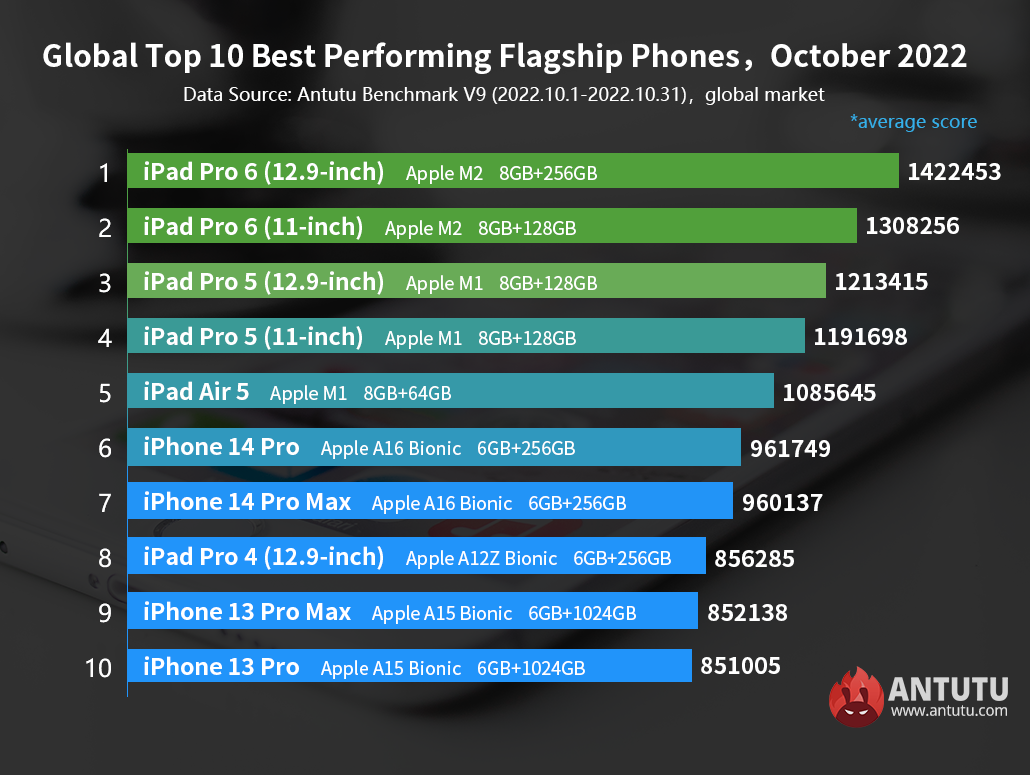 The two devices with the M2 chip are unsurprisingly in the top two spots of the list, while the iPhone 14 Pro series, which has also just been released, is only in sixth and seventh place. Apple's M-series chips are as powerful as ever on mobile devices, but there are rumours that the chips in the two new iPad Pros could be switched to macOS in the future, in which case they would be much less powerful and the iPhone series would rank higher. 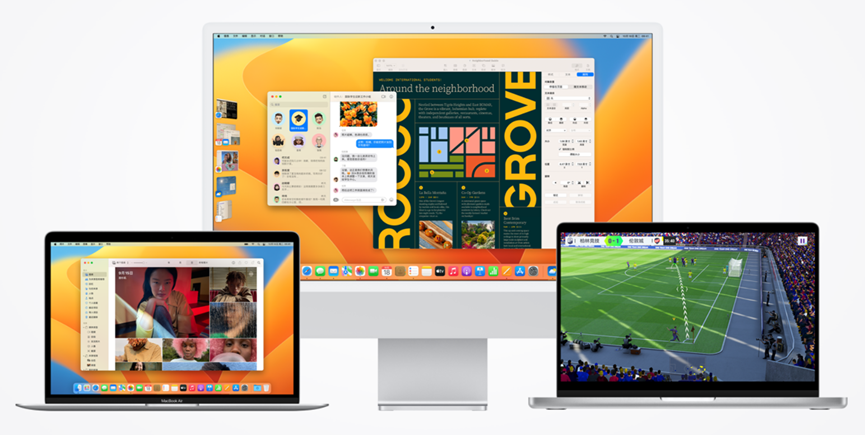 Coming in at the top two, the iPad Pro 6, although Apple did not hold a launch event for them, they are arguably the most powerful devices of all mobile devices. Compared to the M1 chip, the M2's 8-core central processor is up to 15% faster, the 10-core graphics processor is up to 35% faster, the neural network engine is 40% faster and the memory bandwidth is 50% larger, making iPad Pro 6 extremely powerful. Combined with the ProMotion adaptive refresh rate, native display and P3 wide color gamut, iPad Pro 6 is no less impressive than any of its competitors. 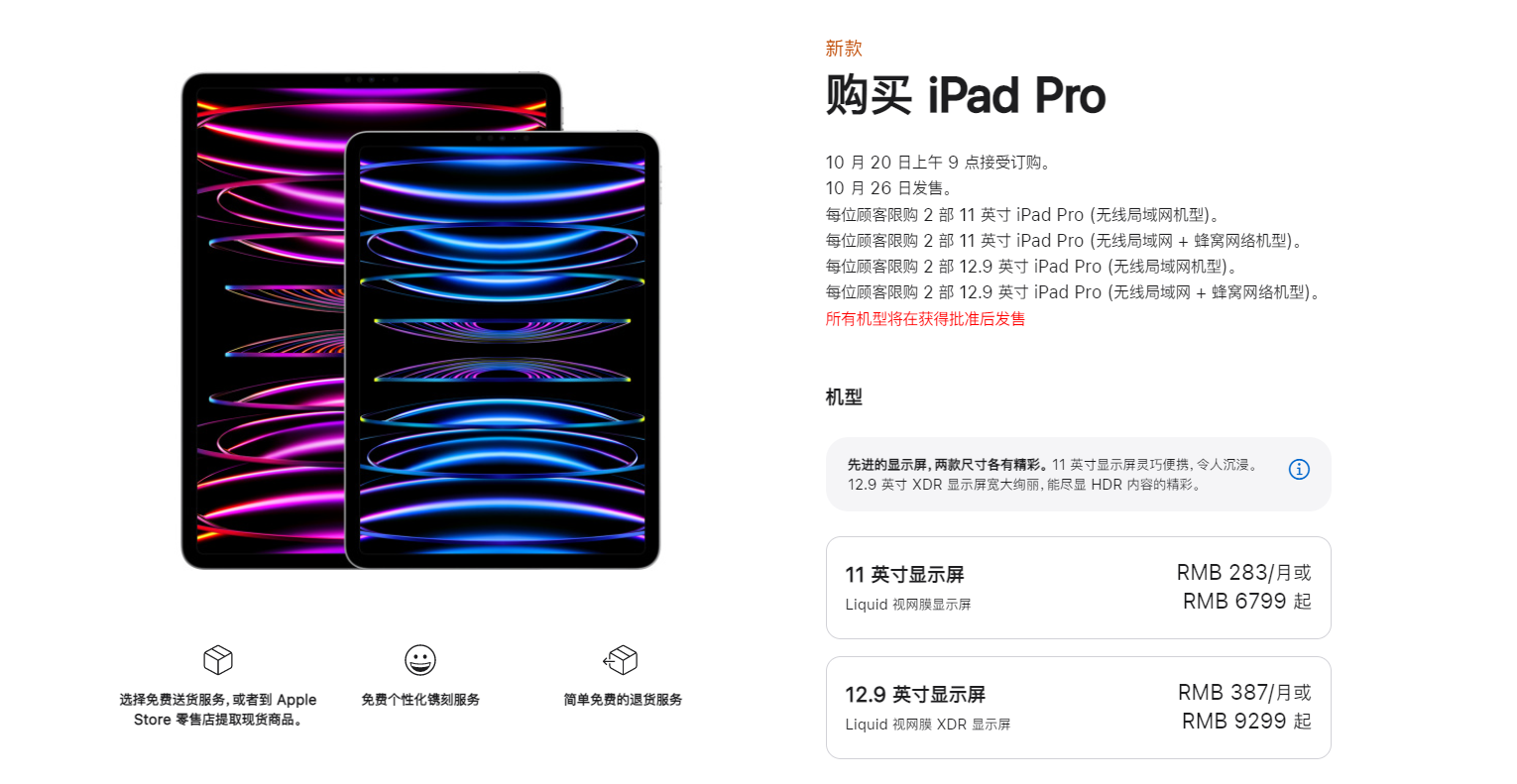 iPad Pro 5, which is ranked third and fourth, is a bit more cost effective compared to it. Although there is a difference of 100,000 to 200,000 points between the two series from the list, the actual difference in experience may not be significant. Disappointingly, the iPad Pro 5 has been taken down from Apple's website and users will have to consider buying it from other sources. This year's two iPhone 14 Pro products, on the other hand, are ranked 6th and 7th respectively with a running score of around 960,000 points.

That's all for the iOS Performance list in October 2022.