Apple's iPhone 14, launched in September, is possibly the most controversial iPhone product ever made. While people's different attitudes towards the Dynamic Island might be explained by differences in preferences, the huge configuration differences between the iPhone 14 and iPhone 14 Pro were unacceptable to most users and left Apple facing a lot of negative publicity. Sales of the iPhone 14 are also said to be less than stellar.

However, although the iPhone 14 was not favored, the iPhone 14 Pro still scored well on the iOS performance ranking list in September with its A16 chip and 6 GB RAM.

It should be noted that figures in this ranking list were calculated from September 1 to September 30, 2022. The results in the ranking list are average scores instead of the highest scores, and thus more representative. The scores in the list are mainly based on AnTuTu V9 and cannot be compared with the results of the previous versions. 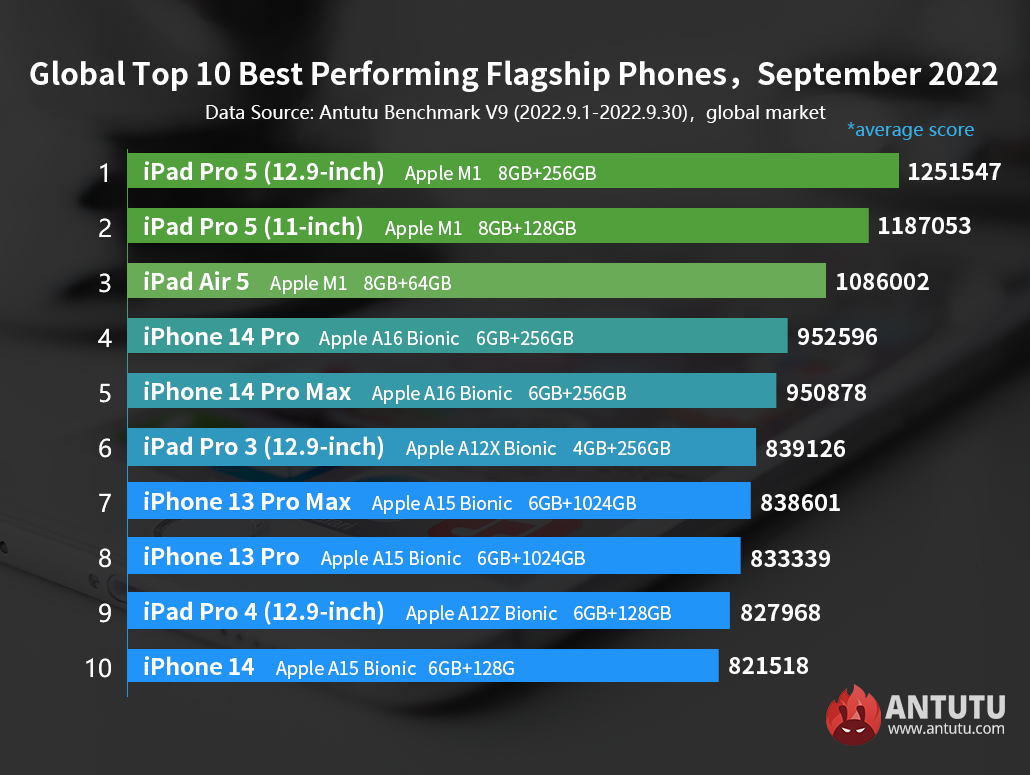 Despite the launch of the iPhone 14 series, these three M1-powered products are unsurprisingly in the top three. The iPad Pro 5 in the list refers to the two iPad Pro models released by Apple on April 21, 2021, including the iPad Pro (11-inch) (3rd generation) and the iPad Pro (12.9-inch) (5th generation). Users are certainly already familiar with these three models, so we won't go into too much detail here.

It is also understandable that the iPad Pro 3 (12.9) has a higher score than the iPad Pro 4 (12.9). On the one hand, this is because the A12Z has only a limited improvement over the A12X, and on the other hand, the AnTuTu score is not focused only on the processor, but a comprehensive score including UI smoothness. 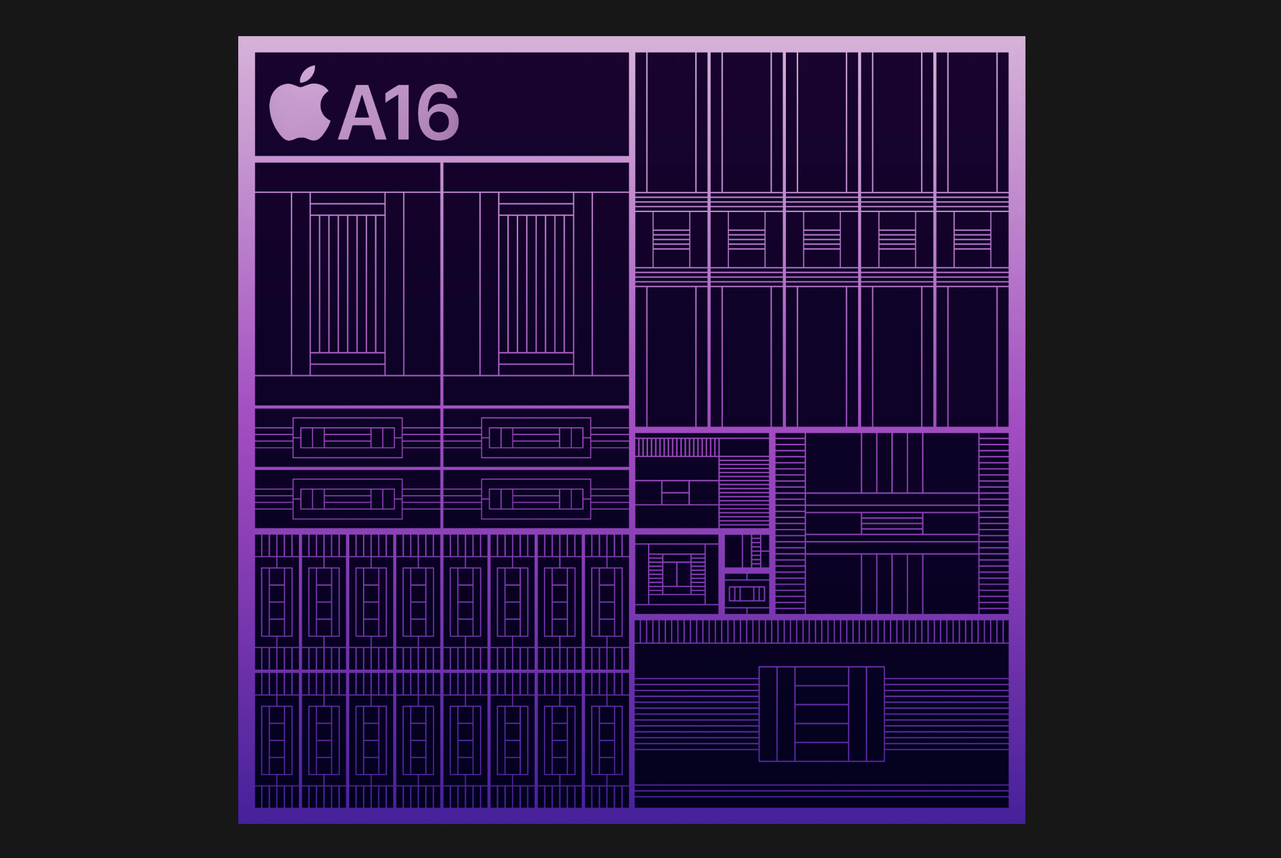 The iPad Pro with the M2 processor is said to be released this month, making it difficult for the iPhone 14 Pro to be ranked fourth in the iOS performance list.

That's all for the iOS Performance list in September 2022.