Since October, Android phone manufacturers have been waiting for the release of Snapdragon 8 Gen 2 and no more new flagship phones have entered the market, which means that the Android phone market is not as competitive as before for the time being.

In contrast to the monthly lists, the significance of the quarterly updated preference lists is to understand the current development of Android phones and to use these data as a reference to derive recent trends in smartphones. While the direction of development is partly determined by the mobile phone suppliers, it is users who ultimately make the choice.

We have worked out the user preference ranking list in Q3 of 2022 based on the backstage data of AnTuTu. What kind of mobile phones do AnTuTu users prefer? Let's have a look at the ranking list.

It should be noted that this preferences list is prepared based on the phone configurations of AnTuTu users and thus it does not represent the preferences of the overall Android market. 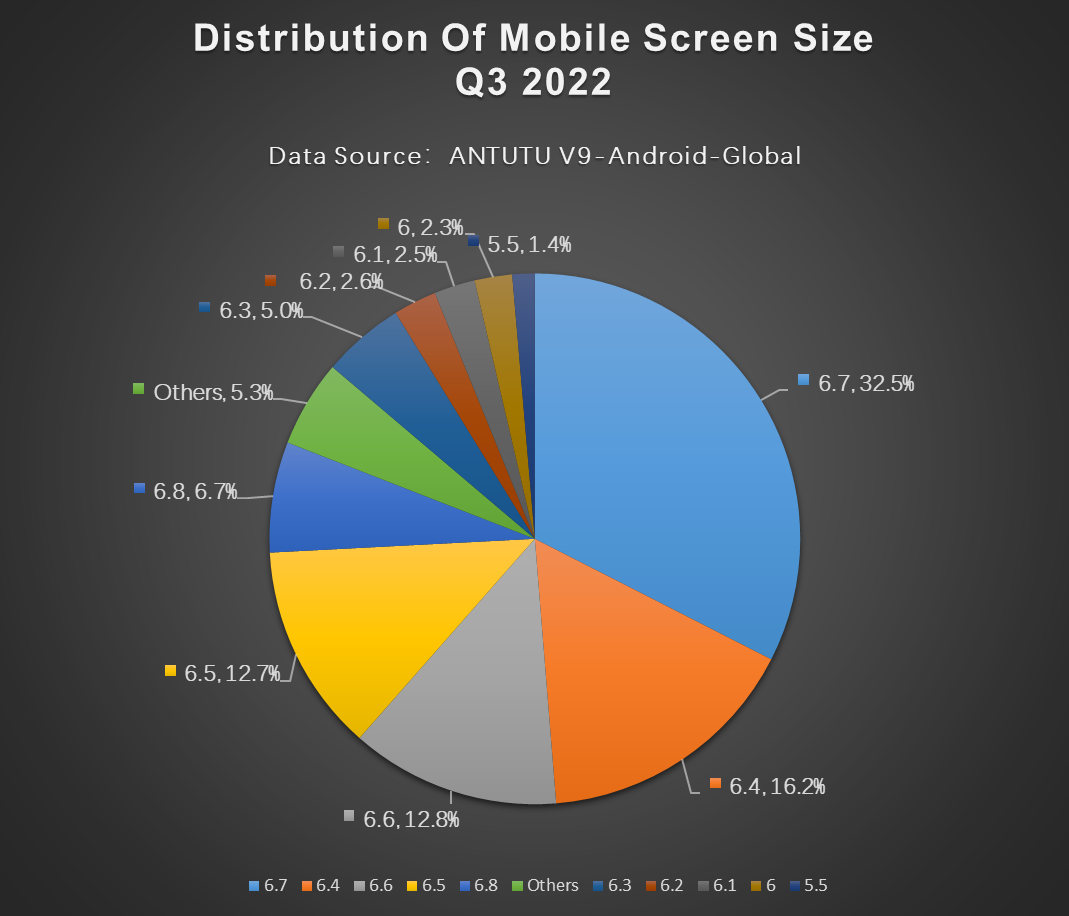 While many users are looking forward to new smaller screen phones, it is a fact that more and more users are preferring larger screens. 6.4-inch screen and above have become the mainstream, accounting for more than 80% of the market. And it is market preference that is the reference for mobile phone manufacturers when planning their products. 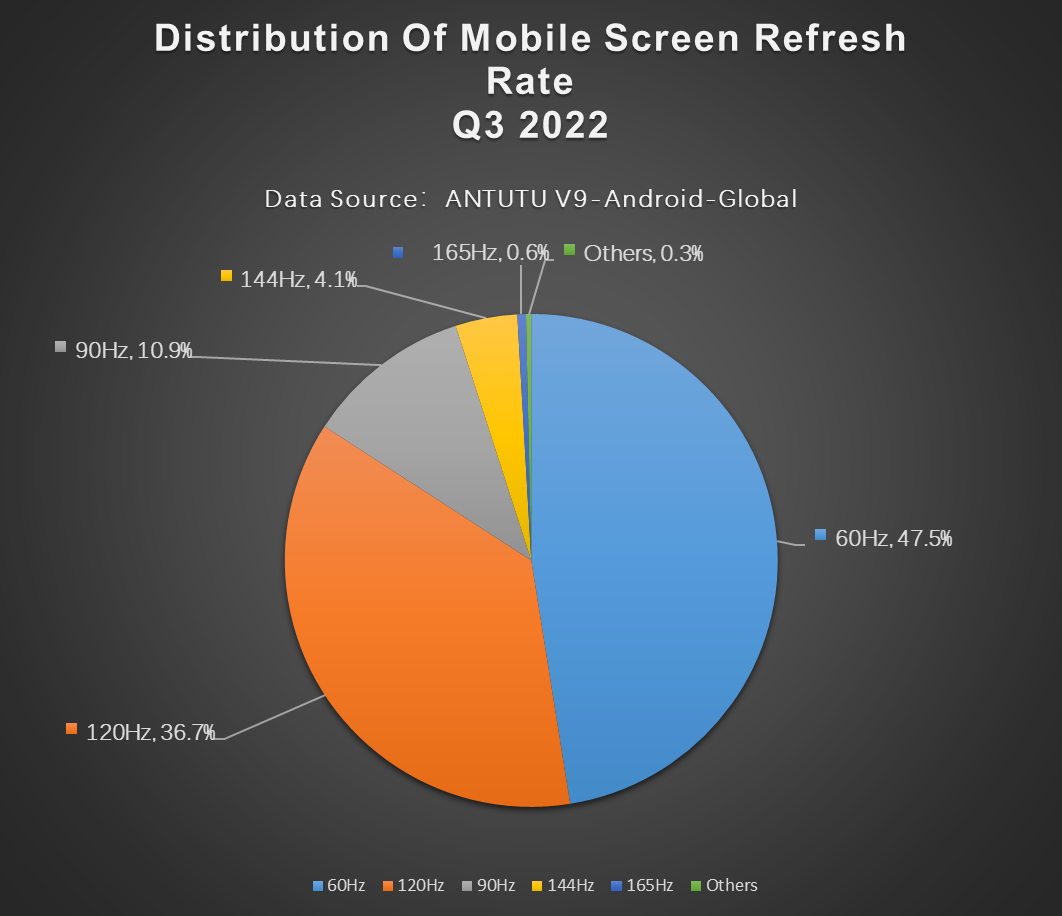 In an era where 120Hz refresh rate is almost standard in new phones, 60Hz may seem out of place, but the fact is that 60Hz is still the dominant feature in the Android market, accounting for almost 48% of the market. However, this is only temporary, as 120Hz is increasing and will gradually replace 60Hz. 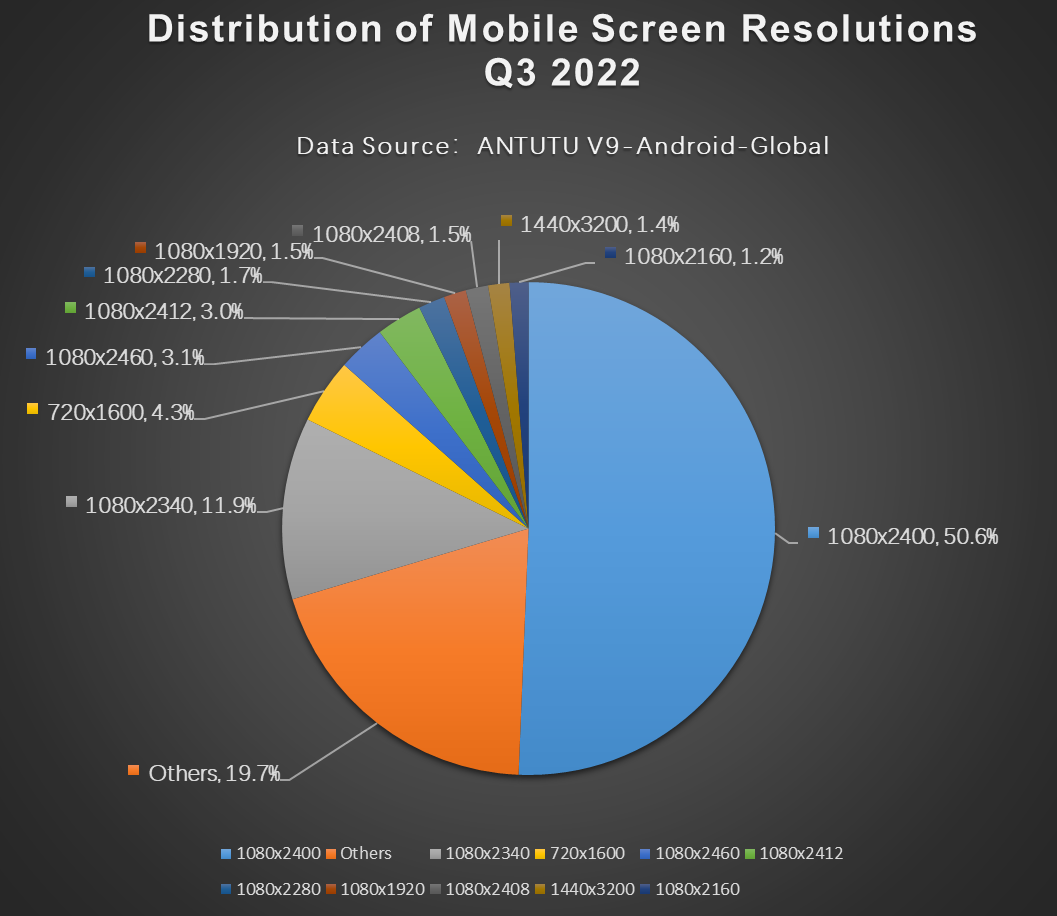 No matter how large the screen size becomes, the 1080p resolution is always the mainstream. At present, only some of the very top flagships are equipped with 2K resolution, and this is only to improve the market recognition and competitiveness of the product, and it does not bring much improvement to the actual experience of users, who may not even turn on 2K resolution in their daily use.

Until the battery's performance is improved, improving screen resolution doesn't make much sense. 2K resolution and 1080p do not look much different to the human eye, while the former consumes more power. In contrast, 1080p is still the best option on the market. 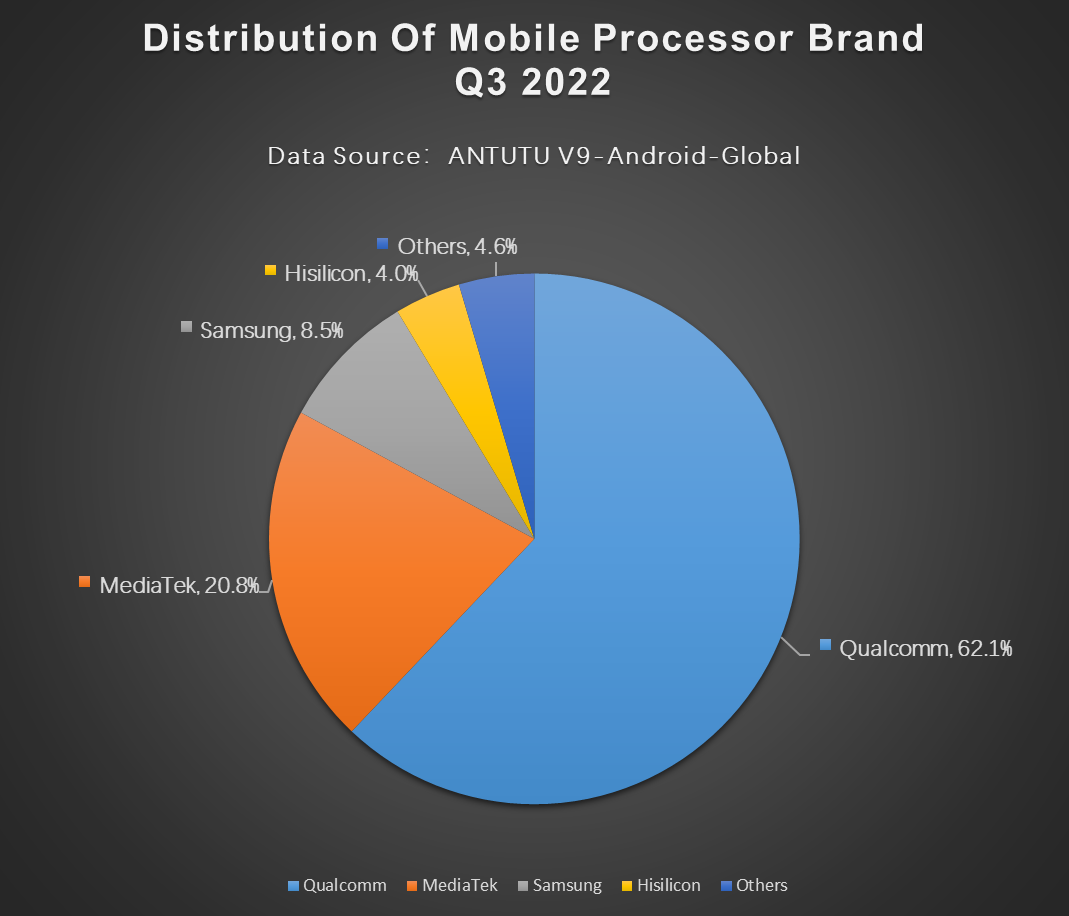 After Samsung withdrew from the competition due to technical issues and Hisilicon withdrew due to political issues, the entire Android market was once again monopolized by Qualcomm and MediaTek. The Android market is becoming more and more homogeneous in terms of processor brands, which is not really a good sign, so it is fortunate that MediaTek, which is at a competitive disadvantage, is able to maintain its market share with the excellent performance of the Dimensity 9000. 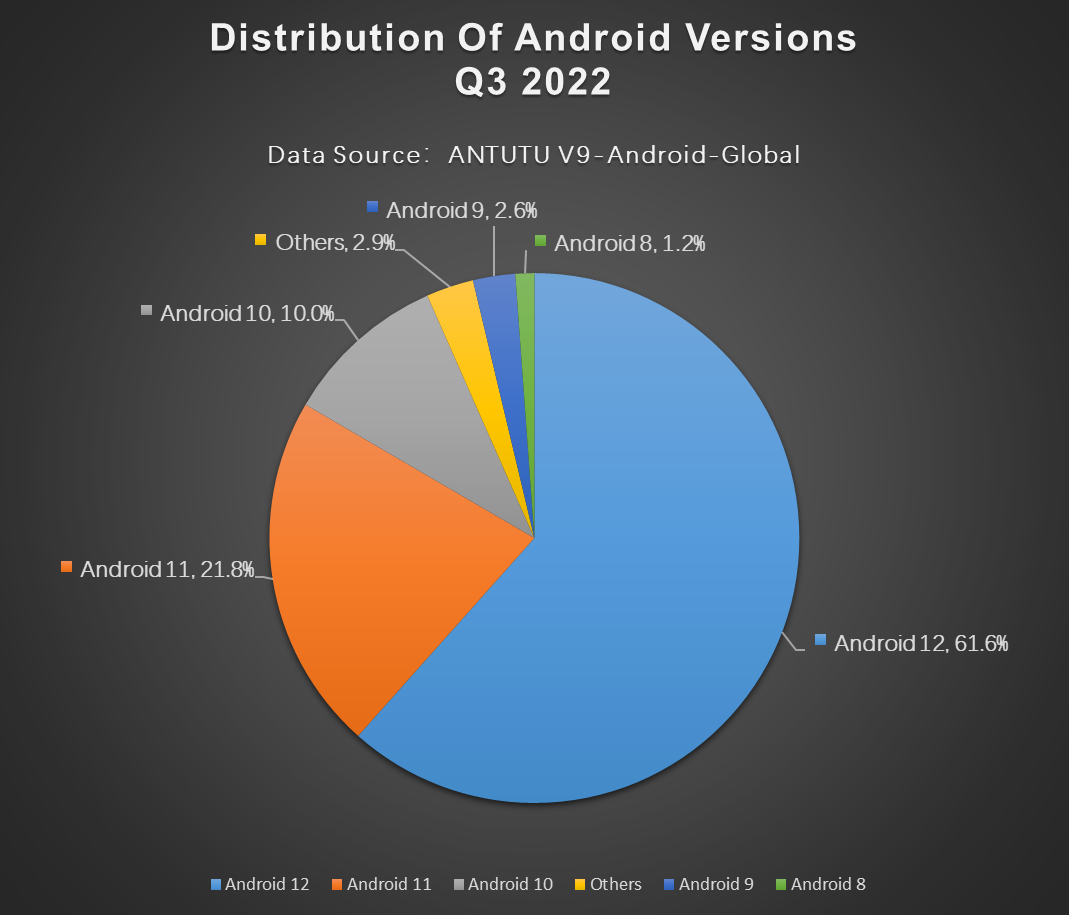 Although Android 13 has been released, only a few flagship models from major brands have been followed up so far, most of which are still closed beta version, with few official updates. So the latest version of Android in the data is still dominated by Android 12 and has a significant share of the market. Android 12 and Android 11 together account for nearly 83% of the market, which is different from the perception of users that the use of Android versions is fragmented.

That's all for AnTuTu's global users' preferences for Android Phones in Q3 2022. It should be noted again that the ranking list only represents the preferences of AnTuTu users rather than the configuration distribution of the overall Android mobile phone market.