This year's new iOS devices were released in October, so the Apple market didn't get as much attention in November as the Android market. But it also shows Apple's confidence. With each iteration, Apple relies on its unique ecosystem and hardware configuration. Although many users believe that the iPhone 14 series and iPad Pro series are not upgraded enough, these new products still have a clear advantage in terms of performance and ecology, especially the new iPad Pro series, which is still the best in hardware and experience.

It should be noted that figures in this ranking list were calculated from November 1 to November 30, 2022. The results in the ranking list are average scores instead of the highest scores. The model configurations listed are the ones that received the most running score results for each model. 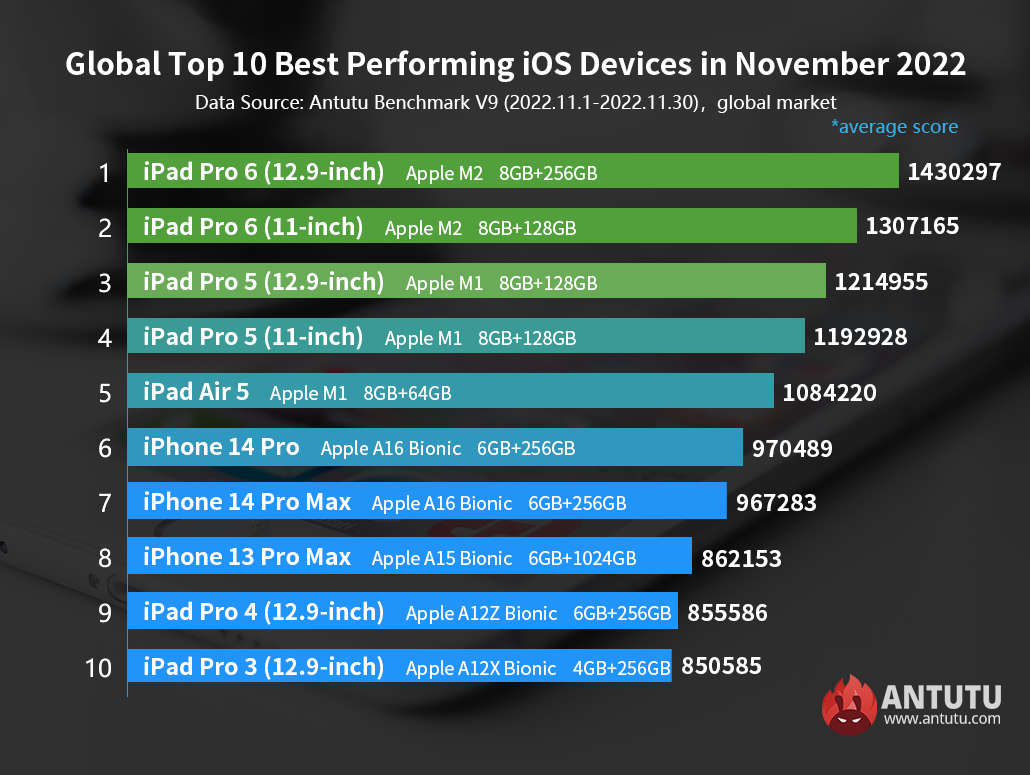 The two iPad Pro products released by Apple on 18 October 2022 achieved average scores of 1.43 million and 1.3 million respectively with their M-Series second generation chips, more than 300,000 points higher than the iPhone 14 Pro series released this year and nearly 200,000 points higher than its predecessor, the iPad Pro 5, released in April 2021, making it undoubtedly the most powerful of mobile devices.

In sixth and seventh place are the iPhone 14 Pro and iPhone 14 Pro Max respectively, although they are powered by the latest A16 processor, they still don't match the performance of the M1 chip.

That's all for the iOS Performance list in November 2022.