The Android phone market in 2022 is full of impressive features such as satellite communication, 1-inch mobile-device image sensor, and 200W+ charging speed. All these features that were unimaginable three years ago are now available to users.

We have worked out the user preference ranking list in Q4 of 2022 based on the backstage data of AnTuTu. What kind of mobile phones do AnTuTu users prefer? Let's have a look at the preference list.

The point of the quarterly updated preference list is to understand the current development of Android phones and to use this data as a reference to derive the latest trends in smartphones. While the direction of development is partly determined by the mobile phone suppliers, it is users who ultimately make the choice. 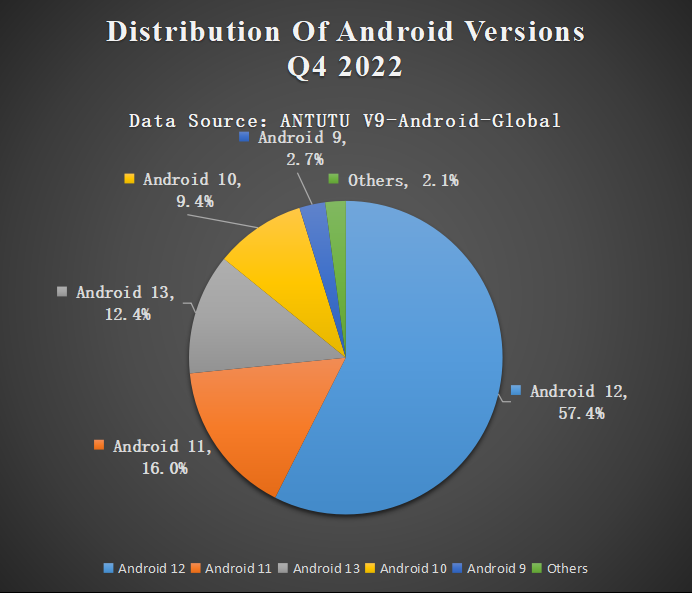 The share of large screens is still growing modestly compared to Q3, but it is hard to say whether this growth will be sustainable with the emergence of foldable phones. 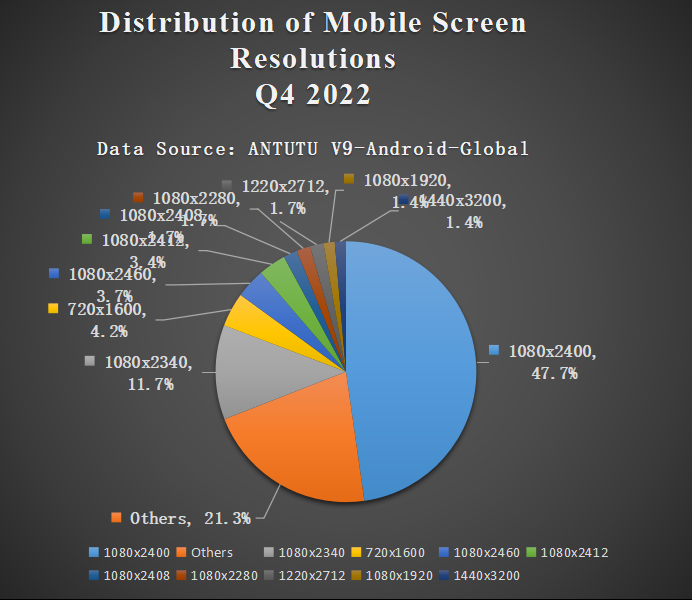 The 2K resolution has not yet been popularized, so the highest percentage of smartphone screens used by AnTuTu users is still 1080p resolution, accounting for 47.7%. 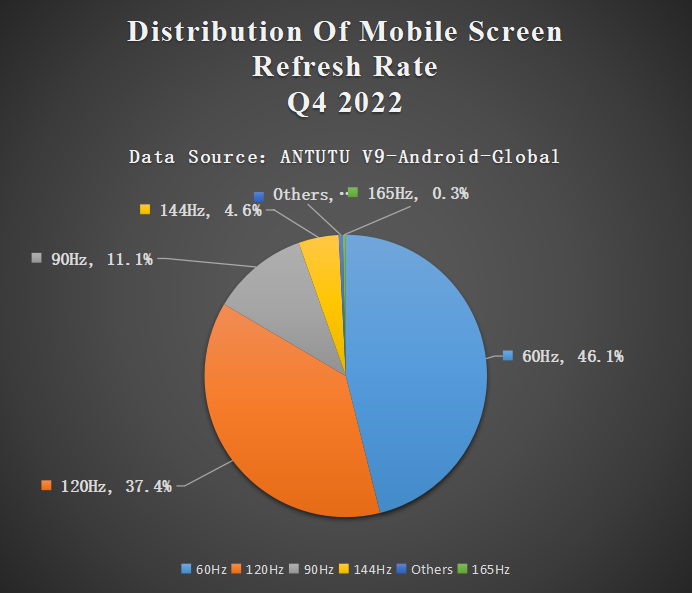 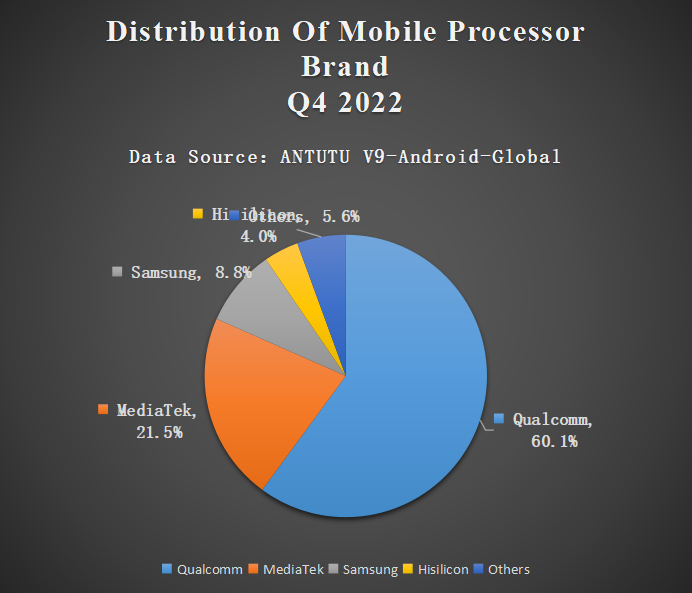 Qualcomm continued to have the highest market share in the fourth quarter, at 60.1%. MediaTek's share was 21.5%, an increase of 3.3% compared to the third quarter, ranking second. The Snapdragon 8+ processor entered the sub-flagship phone market in the last month of the fourth quarter, after which a wave of cost-effective sub-flagship phones with this processor hit the market.

Hisilicon and Samsung still have a small market share with their older mobile phone models.

Except for 8GB RAM and 12GB RAM, which have seen a slight increase in market share, the rest of the RAM sizes have shown a downward trend, as expected with the gradual increase in RAM sizes. For example, the just-announced OnePlus 11 starts with 12GB of RAM size directly. There are very few sub-flagship phones with 8GB RAM versions anymore, and only mid-range and low-end phones still have them. 16GB is grouped under the Others category, and this RAM size does not seem to be popular in the international market.

Similar to RAM sizes, all ROM sizes showed a declining market share in Q4, except for 256GB and 512GB.

128GB ROM is still the mainstream in the market, still accounting for 49.6% after a 0.6% drop from the previous quarter. With games and applications taking up more and more memory, the market share of 128GB ROM will continue to show a downward trend. At the same time, the adoption of UFS 4.0 will also expand the market share of 256GB.

That's all for AnTuTu's global users' preferences for Android Phones in Q4 2022. It should be noted again that the ranking list only represents the preferences of AnTuTu users rather than the configuration distribution of the overall Android mobile phone market.

The Chinese New Year is coming soon. Wish you success and prosperity in the year of the rabbit.